Jack Trout and Al Reis are two of the smartest guys who ever lived.  They knew a lot about positioning products. 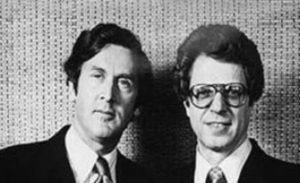 I heard Al Reis speak at Country Radio Seminar a few years back.  He told the story of when Jack and he had been invited pitch Burger King for their business.

Jack and Al looked at each other and discussed who would speak.  It was decided that Jack would take lead.

Jack Trout said, “the solution to your breakfast problem is not to serve breakfast.”

In the minds of Burger Kings execs they had all those restaurant locations and could make money by offering a breakfast fare.  The problem was the company name was and remains “Burger King.”  No eggs, pancakes, toast, sausage, oatmeal… King.. but BURGER KING!

I was on vacation last week.  Traveling through several states.  One morning I got up and made my way out looking for a McDonalds.  I really like their egg white delight sandwich and its calorie count is listed at just 250.

But I saw this!

Made me think about the times I hear a radio station with a talky morning show position themselves as “More Music.”  Or multiple positions.. “New Country & The Best Variety.”

Which is it? Going into spot sets talking about music and then talking for 3 or 4 minutes.

My claim. Attack your own radio station like you have to compete with it.  What are you doing that you thought was a good idea at the time but now with the clear vision is really dumb?

Want help attacking your station and then fixing it?