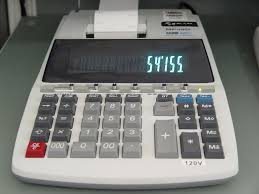 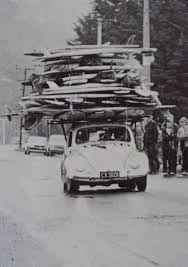 I often dust off old stories.  Way back in the 80s at KHEY AM & FM in El Paso my music director was John Hunter.  John was smarter than me.  He had a ear for music.  John was good at picking hit records.

As I recall our weekly routine,  Monday was a clean up from the weekend day. 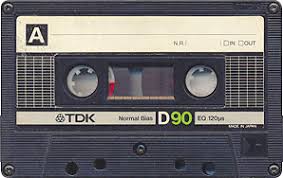 Wednesday was Music day.  In the morning we listened to new music.  new singles, album cuts and various things we had found. 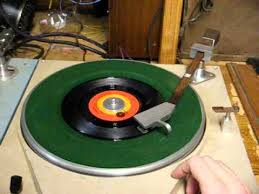 We reviewed charts, we did our own call out. At night we had young folks dial out and play hook tapes and fill in Scantron forms.  I’d run the forms and crunch the numbers. 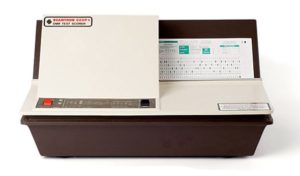 We’d make our music moves and adds.  Then we put them into the music scheduling software.  If I remember correctly the computer had an intel i386 processor. 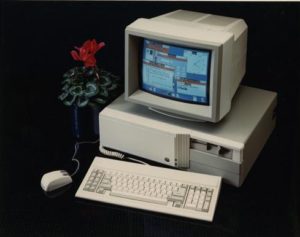 John and I made our changes, made our adds, and got everything ready to schedule.  Then we’d hit schedule to schedule a week of music.  We’d then leave for a nice lunch.  Our favorite place was Kiki’s right there on Piedras street not far from the station.  We took our time because if we came back to soon the computer would still be scheduling. 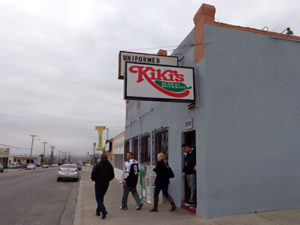 When we finally made it back it was time to review the log and fill unscheduled positions.

Then we took music calls from 2 till 4pm.  The record folks had their own number to reach us.  They didn’t have to go through the receptionist.  We had a phone jack and phone right there in the music room.  At 2pm we plugged in the phone and it started ringing.  At 4pm we wrapped up our last call and unplugged the phone. 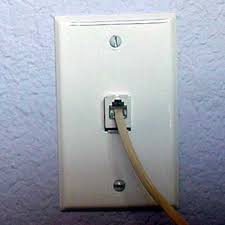 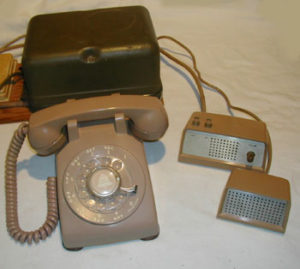 Sure we’d call back folks who called the general number and left a message but they were not our priority.  We had a good relationship with our regional record folks.  At Christmas John and I used to thank them listing all the things they had done for us during the year.  Then we told them they each had “3 gimmes.”  Three times during the year we would add or make a rotation change to help them out.  And we kept score.  We had one rep used all three in January alone! 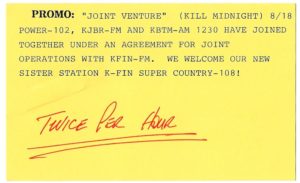 By the way Friday was promo day.  Liners, promos, promotions, imaging, production and paperwork for whatever promotions were going on.  Weekends tended to have a promotion or theme and that was checked for perfection before execution. 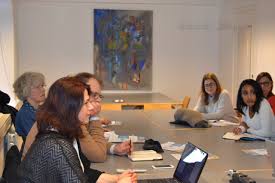 My least favorite was early in the week there was a managers meeting.  They droned on because there were a couple of folks who were part of our management team that liked to vent. After I complained about it our GM did put a different department head in charge of each weekly meeting.  When it was my turn I did stand up meetings and brought a stopwatch.  If the business manager wanted to vent I have the topic 5 minutes.

My key point is that music got it’s own full day of attention.

The decisions were thoughtful.  Songs were actually listened to and evaluated.

John and I knew that we had to establish new songs.  Place them in clocks where they could be pre sold.  We created and ran imaging pieces for new artists and songs. Then we always looked at the number of weeks we had played the songs in C rotation and the number of plays they had.  We had set minimums before a song could advance to B.  The same with a minimum number of weeks and plays in B before we would consider a possible move up to A.

Combined with research and we posted up book after up book.

I’m not going to reveal the metrics here. I’m just seeding your brain with the thought that there are measurable data points from which to make music decisions.  Yes, there is art and feeling that it part of it too.  The great news is that Musicmaster can create some wonderful reports I used to do by hand.  Oh, I can now schedule a week of music in just a few minutes. That Kiki’s lunch today would be a working lunch today! 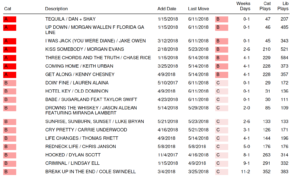 If you move a song up too fast you drive the “unfamiliarity” of your music.  That will hurt your ratings.  If you are too slow you risk-playing songs longer than your audience wants to hear them.  There is a sweet spot between familiar and burn that is much like riding a wave while surfing.  If you’re too early or late it can mean wipeout or loss of momentum. 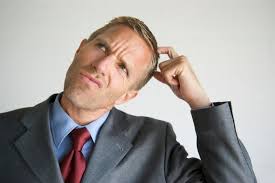 If you don’t know the music metrics (and there really are minimum spins/weeks that really work to build ratings.)

Get Your Music Right!