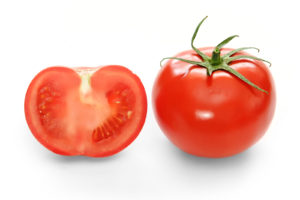 Over four years ago I spoke at Country Radio Seminar on a panel about music scheduling. Folks attended and took notes. Hopefully some learned some things. No controversy.  Nothing said at the seminar itself was seen as controversial by folks inside the industry.

A few weeks later Country Aircheck reprised my comments.  Then non-industry folks read it.  When the sausage making was revealed there was a tomato explosion.

For four years now there have been numerous articles on the issue of the number of songs by females in country appearing to be low.  I continue to maintain there is no misogyny.  Instead there is a system to play what drives ratings up. 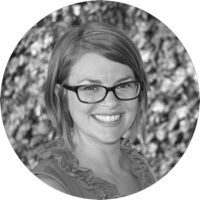 Now Dr. Jada Watson from the University of Ottawa has released what she calls a “Study.” It claims to be a “data-driven study of gender representation in the country music industry, which focused on the role of radio in the genre’s culture.”

The research was also supported by a grant from the Social Sciences and Humanities Council of Canada.

The “Study” also claims to have been done with consultation from WOMAN Nashville.

Rolling Stone has an article about it.

You can read the study for yourself.  Below is my cliff notes version.

Here’s a link to the study.

Here’s a link the article in Rolling Stone.

What does the study say?  First, that council in Canada should get its grant money back.  All Watson did was run and tabulate Mediabase reports.  There is nothing new there.

“Also new in this study is the discussion of spins. Focusing on the year-end spin counts for artists gives us a new perspective on how women factor into programming decisions. These results show that women are not receiving anywhere near the same amount of spins as their male colleagues, suggesting systemic issues of gender discrimination in radio programming far beyond what was originally presumed. The last five years (and in some cases 2018, in particular) emerge as particularly problematic for country culture, which lacks diversity and perpetuates gender biases. These results show us the results of programming decisions, and the impact that they have had on female artists and male-female ensembles.”

Let me reprise the heart of this:

“gender discrimination in radio programming far beyond what was originally presumed”

Well uh… sorry. There is NO discrimination. It is simply the result of the Free Market.  Especially when it comes to the arena of spins!  When songs test poorly we spin them less or not at all.  When songs test well we spin them more.  I’m here to report clearly and vividly that we often don’t even look at the artists and titles.  We look at the percentage of Favorites, Likes, and Total Positive Responseto make the decisions of what to play more and less.  Dr. Watson should know that she’s been in college classes from 2003 until 2015 studying to be the Doctor and Musicologist she is today.  I see from her University’s web site she teaches Music Research.  I presume that includes auditorium and call out studies and the many techniques of music hook research.

As a researcher I challenge her to explain why it’s the decision makers inside the radio stations fault?  It’s not.  Those professional broadcasters are men and women who make decisions based on scientific mathematical data.  We are robots implementing the wishes of the listeners.  The only bias we have is to attract as large an audience as possible and keep them listening for longer than they used to.

As for Rolling Stone a publication that has published articles about rape on the campus of UVA. Those articles by Sabrina Erdely had to be retracted and Rolling Stone paid a UVA Fraternity a one-point 6 million dollar settlement for the defamation that was printed.

Marissa Moss in the Rolling Stone article points out the outlier of Tenille Townes – Somebody’s Daughter.  Funny.  That just happens to be country music’s most played song that programmers are being forced to play right now.  iHeart has Tenille appearing at their upcoming music festival in Austin.  iHeart has an internal term “on the verge.”  That means the local programmer is told he or she must play the song a certain number of spins.  Dr. Watson this is not bias for the Townes record.  It is a deal between iHeart and Columbia Records. I suspect that without this “deal” Tenille Townes would have less than a tenth of the spins she has now.

WOMAN Nashville. Yes, I engaged on twitter with them.  They blocked me when I correctly pointed out that Twitter site was really ONE WOMAN Nashville. Staci Kirpach presented WOMAN Nashville as some large group of women working together.  It didn’t even number five women.

You shouldn’t be able to take an opinion and present it as a study result.

Please let me repeat that one.

You shouldn’t be able to take an opinion and present it as a study result.

Dr. Watson you accuse me and legions of my co-workers in radio with gender bias.  I say no bias exists.

I hereby accuse you of simply making bar graphs out of Mediabase data and not doing any study as the reasons for what you find.  Dr. Watson didn’t study anything.  No research.  She just made graphs from airplay captured electronically by digital watermarks on songs played on the radio.  She makes up a conclusion.  It’s not based on anything other that her bias that the men and women in country radio are bad actors.

Dr. Watson have you even been a Music Director, Program Director or Brand Manager of a radio station?  Ever added or changed the rotation of a single record on a radio station? Oh. you were busy getting a doctorate in Musicology.

Sorry Dr. Watson you have tabulated Mediabase data and made bar graphs out of the data.  Then come to a study conclusion… “country radio has a culture of systemic bias against women.”

THE TRUTH…  IF YOU CAN HANDLE THE TRUTH

Dr. Jada Watson is using  data without finding WHY it is that way.  It’s not because of radio.  It’s because of the LISTENERS!

Keith Hill doesn’t have a doctorate in Musicology and has only been in the radio industry since 1973.  Mr. Hill merely has a Bachelor of Science in Radio-TV-Film from the S. I Newhouse School of Public Communications and a Bachelor of Arts in Political Science from the Maxwell School of Citizenship and Public Affairs at Syracuse University. (81)