Some programmers are big fans of dayparting and have lots of them and on lots of songs.  There are good thoughtful reasons.  Long songs can be tough in mornings. Sometimes an extreme edge of the format can more safely be exposed at night.  There are CHR and HOT HOT AC stations that are more adult by day and more youthful in appeal at night.  Then there can be the question, “do you really want that 35 year old mom driving back from parent teacher night unhappy with here favorite radio station because its clearly different at night?” 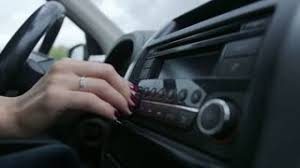 Then there is dayparting without a daypart on the song card itself.  It’s dayparted because the clocks only call for that category at night.  A recent facebook discussion I had went like this:

Chris  Thanks. Are you a fan of dayparting?

The UnConsultant nope. It’s like a tire with a flat spot. I’m more of a fan of playing only songs I can play all the time. 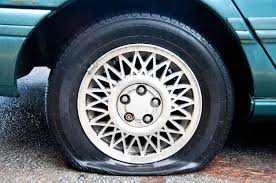 Chris  Agree. So why do stations, in the beginning, play certain new songs only at night? A numbers thing?

The UnConsultant There are a couple of reasons. Some feel the “unfamiliar music” is the least safe thing to do. So they try to build slow familiarity … much like putting your toe in the water first. Secondly, it’s a perversion that comes from the strong efforts to promote new music on the radio. The value of an “add” on the charts is very high. They don’t care at first if the song is only spun at night or overnight, it’s an add, and that’s what they care about. They don’t have to work so hard to get us to play Blake Shelton, Luke Bryan or Florida George Line. But Alex Kolobielski & His Jug Band, well that’s where the heavy lifting is done. The Music Row and Indicator Charts are further devices that are part of the process. They celebrate the “add”… in time they want plays, but most of the promotion is for an add. Hence, radios response is a category that plays Mid-5am or 8p-4am. And yes a category that only appears in those hours is the equivalent of dayparting.

I spend so much of my time trying to get songs to rotate evenly through hours and departs that the idea of skipping one intentionally is something I generally try to avoid.  It makes me ask, “do I really need this song?”  How does it test?  Will it be missed?  Is there an expectation that we will play this song?

I get accused of being “old school”  (or is it old skool?)  I’ll take that accusation as a badge of honor.  There are many old platitudes in radio, “more platter, less chatter” and regards music decisions like this, “when in doubt, leave it out!” 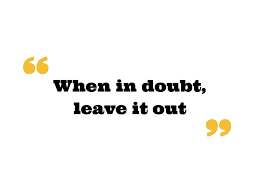 I help stations make good decisions so ratings go UP!