If you are a program director or general manager of a radio station perhaps you can relate.  If you have never worked in radio this is a story that can happen any day.

I didn’t live too far from the station often I would walk to the station listening to my walk-man.

On this day I had heard the morning show.  It was a good show.  There was plenty of information, fun, lots of local stuff.

When I got to the station the General Manager was looking for me and he was unhappy.

It seems a 20 second bit about a Burger King in Oregon had gotten the ire of the folks at our local Burger King restaurants who were a fairly big sponsor. 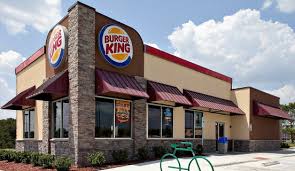 My morning guy (Mark Montana) had simply found a story about a Burger King in Oregon where a patron ordered a burger and when he unwrapped it to eat it he found a large copper staple in it, presumably from the cardboard box it was shipped in.

The air check of it showed that the bit took 22 seconds!  It was broadcast at 7:19am.

Apparently the regional manager for Burger King there was a big fan of Mark Montana and Y96 until 7:20am.  Then he called the GM and GSM and said he wanted his annual advertising scheduled cancelled!

When I got in all of this was explained to me.  I was perplexed the most.  I thought that in placing advertising they were 100% in charge of the schedule of the advertising and the messages in the advertising.  They could promote breakfast in the morning, lunch in midday dinner in the afternoon.  They could run their specials.  They could develop events, limited time menu additions.  But instead on this day we discovered what really worked.  Just one twenty-two second message at 7:19am reached everyone.  That one road-block ad was that we picked the content of was more powerful than the thoughtful approach of a campaign.

At first my GM and GSM were unhappy with me making light of it.

I told them, “surely they can’t think that this one message destroys the good will and images of Burger King in one fell swoop.”  As they listened they realized that their PD who spent 100% of his time worrying about images, promotional messages and reach to as many folks within the FM signal we had was onto something.  So I put on a tie, threw on a jacket and I was off to see the regional manager of Burger King.

I really was humble and apologetic but I wanted to reason with him.  I told him my first thought was to run a campaign where “if you find a staple in your burger you win $1,000,000.”  He said to me “no one will ever win!”  I yelled, “That’s my point!”

Instead they had some internal food safety and marketing person on the phone on air for 3 minutes the next morning.  Not great radio by any means, but it made them feel good that they said, “food safety was of the highest importance and this would not happen again.”

And we gave em a couple of remotes and a few hundred dollars in free spots.  All because Mark Montana read an AP item about a staple in a Whopper at a Burger King in Oregon.

To me it proved more than ever radio works.  In fact it’s more potent that we ever thought.  While repeated messages really work.  Do not under estimate the power of even one single message. Funny how the mind works regards message on the radio.  One mention of food poisoning at Keith’s Taco’s and whammo no more lines at Keith’s.

How come one add that says “why waste your money on pizza that’s really like sauce on cardboard. El Paso’s best Pizza is El Rio Pizza.  It’s worth more than we charge and oh God is sooo good even folks from Mexico sneak over to get a bite.”  But for some reason just one add like that we worry no one hears it.  Make it a negative ad and everyone heard it.  It can’t be both! 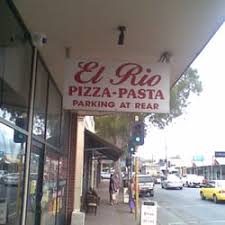 Today’s take away is.. 1) radio works and its very potent.  2) when it’s a negative message we think everyone hears it 3) our ads really are not clever enough.  If you run ads that people take about, email mp3’s of them to each other because they are funny or entertaining, then you know you have a winner.

Makes me think a great campaign would be about a staple.  “At XYZ restaurant sometime in the next 30 days we’re going to put a staple in one meal.  Find it and win $5000.  Well instead of a staple you’ll simply find the word staple on the bottom of the plate.” 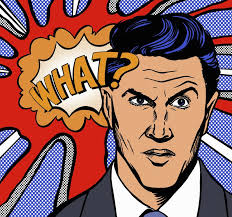 Where has our clever gone?  It’s time we tooled in … “he said WHAT?”