The Four Rules of NO!

Many years ago I worked long and hard on writing some proactive positive list of to dos for radio talent. Too often we tell folks, “don’t do that.” So I worked on lists of things that you should do. Make sure you are local, topical etc . Sometime soon I might dust off portions of the positive proactive. But, this past week something happened. The situation was a local named restaurant had thrown out some patrons, mother and her young armless son. That’s right the young man did not have arms.

Upon arrival the mother took the child into the washroom and helped him wash his feet. You see because he eats using his feet. This young man used his feet the way most of us use of hands.

They ordered a breakfast of pancakes and the child used a foot to pick up the syrup and then pour some syrup on his pancakes. 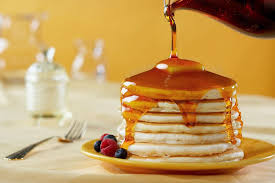 Other patrons complained and the restaurant manager asked them to leave.

Like most morning radio shows we prep and gather the stories of the day. This one was not only a story that day but for this market is was a LOCAL story.

We discussed how to approach it. One thing we came up with was to approach it like the ABC show “What would you do with John Quinones.

Often I will describe the idea that a person on a morning show will do a “Seinfeld-esque” observation. “I was at the grocery store yesterday in a hurry and someone ahead of me with 9000 items got in the 15 items or less line. Then you turn it over to the audience so that it can be discussed and you make the listeners the focus.

The question by the air talent and PD/Ops was do we mention the restaurant.

It reminded me of a station I had worked a long time ago where there were “The Four Rules of No” posted.

1) Do not say anything bad about the radio station.

2) Do not say anything bad about the music or artists on the radio station.

3) Do not say anything bad about an advertiser.

4) Do not say anything bad about a potential advertiser.

Pretty simple really. And I note that 3 and 4 are pretty similar and 4 covers every business on the planet. So it’s fairly all encompassing.

I dusted this off in the discussion. The point was we were going to make the story about a “restaurant.” rather than actually naming the restaurant. The morning show talent pointed out that everyone was really going to know the restaurant anyway.

The point of today’s blog is really the 4 rules of NO. I think I first saw them in a radio station in Syracuse, New York more than 35 years ago. Funny, how simple things can hold sage wisdom and be timeless.

This is a tease…

Tomorrow I’ll dust off a story from El Paso, Texas where my morning man mentioned Burger King and got us all in trouble. We turned the trouble around and the point of the story is to show how powerful radio really can be. For now it’s rare that I tell you NOT to do something, but the 4 rules of NO are something I recommend.