Billy Beane famously used “Sabermetrics” to build the Oakland Athletics into a winning team. He had the challenge to field a quality and competitive team with a much lower payroll than major franchise teams like the New York Yankees or Boston Red Sox.

Sabermetrics which gets its name from the Society Of American Baseball is essentially … math! More than just slugging percentage or batting average sabermetrics drilled down to specific situations. With a left-handed pitcher and two men on base what percentage of the time does Joe Jones get a hit?

Partly because I look like Brad Pitt it’s my claim that I approach Music Scheduling like Billy Beane approaches baseball. 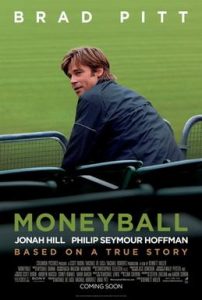 Further, I claim you pick your cume when you selector your format.  Bill Moyes of the Research Group used to say, “every market has a certain size life group for each format.”  A “life group” is the number of folks who prefer and basically use a particular format or genre of music.

I know that when your music mix is correct by certain metrics that you can trick listeners to listen longer.  Huh, that’s what I do for a living folks.  I trick folks into listening to their favorite radio stations longer.

I have famously (and infamously) used the analogy of tossed salad to describe the right mix of music for radio. 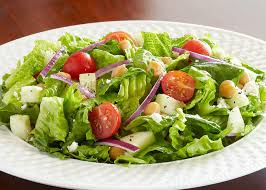 My claim is it’s a good analogy.  You want to mix your music by era, tempo, gender, core-non-core and format specific sound codes.  You also want the percentages of these components to be “tuned” to that life group.

This is me and  Martina McBride before I ever spoke in public advising stations that more than 15% females in country music stations music mix would be ill advised. 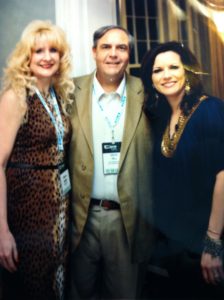 And regarding the math metrics imagine going to your favorite restaurant and ordering a salad and when your server brings you the plate it’s 90% onions?  or 50% carrots?  It’s obvious when you use out of tolerance metrics.

When I listen to a station and look at their music I can quickly spot… “hey, there’s way too little core music product in here.”  Or “whoa this library has way too many slow songs for this “Movin” format.

My claim is the percentage of core non-core, slow medium and fast tempo, male, female, and various format specific sound codes need to be at certain percentage and metrics to tune your music for your life group and optimal ratings driven by TSL/ATSE.

Do you know what the right music coding and composition metrics are for your station?

To make sure your music is “purr-fect”  Call us.  Keith Hill The UnConsultant and Allie The UnCatsultant. 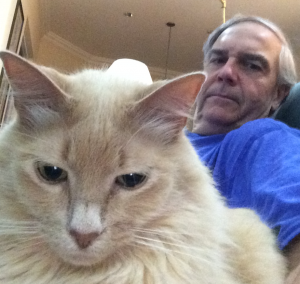 I’ll make sure it’s right even if he doesn’t!  – Allie 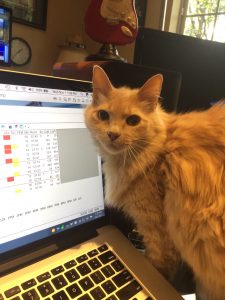